The six-week effort concluded August 4, with a celebration for students and their families at the Hancock Recreation Center in the Hamline-Midway neighborhood. The project was launched in June by leaders of SPFT and SPPS, along with Saint Paul Mayor Melvin Carter, during an event at Hamline Elementary School.

Backers of the effort saw it as an opportunity for families across the Saint Paul community to learn more about the city’s public schools.

“This partnership allowed our members to go door to door and share some of the fantastic things that happen every day in Saint Paul,” said Erica Schatzlein, Vice President of SPFT. “It also gave us a chance to hear from families about what they are looking for from their children’s schools.”

“I commend the SPFT advocates who worked over the summer to increase the enrollment in SPPS,” said Dr. Joe Gothard, Superintendent of SPPS. “Through our combined efforts we were able to connect with thousands of families to tell them about our great schools and all we have to offer.”

“I look forward to continuing the partnership, welcoming our new students and encouraging families to Select SPPS,” Dr. Gothard added.

The project was also aimed at enrolling new students in SPPS and drawing some who have left for other school options back into the local public school system. Increasing enrollment would make the district eligible for more state education funding.

Lynne Bolton, the SPFT political organizer who coordinated the canvassing, compiled these statistics about the canvass:

The union estimates that new enrollments will translate to half a million dollars in additional state funding for SPPS.

The Select Saint Paul program is one part of an agreement reached between SPFT and the school district during the last round of negotiations  to increase funding for public schools. The union and the school district are working together to support a school levy referendum that will be on the ballot in November. They also are jointly lobbying for funding on a state and national level, and partnering to seek additional funding from large corporations and medical and higher education nonprofits in Saint Paul. 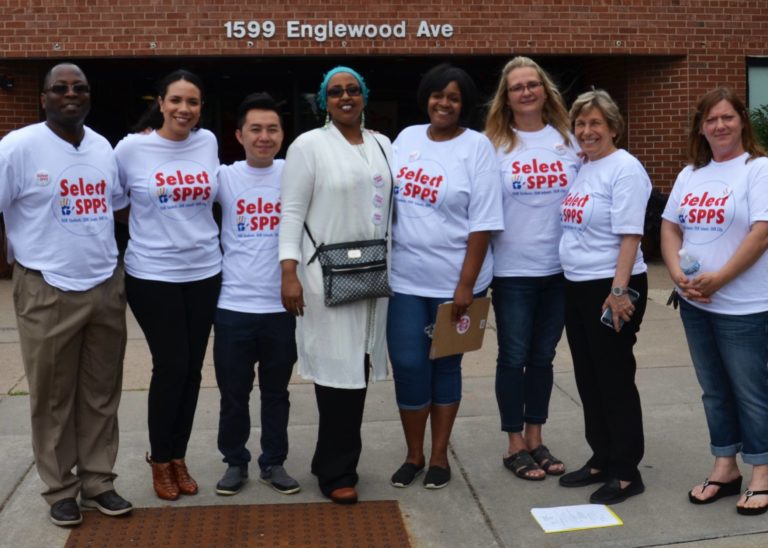