On Wednesday morning, SPFT will be standing with CTUL, Black Lives Matter Minneapolis, and our community partners in Minnesotans for a Fair Economy outside of the Economic Club of Minnesota. We will be calling on our large corporate neighbors to reinvest in our community and our public schools. These are a modified version of President Nick Faber’s prepared remarks:

Instead of punishing students, these thirteen schools wanted to restore relationships. Instead of pushing students out of school, the educators and families committed repairing harm done to them. All of these schools believed in the power of restorative practices as anti-racist work that could begin to slow the flow of the school to prison pipeline.

Unfortunately, we could only fund three of these sites. We had to turn away the other ten.

This wasn’t because we couldn’t handle thirteen sites or thought any of the sites were unprepared or did not believe in the power of restorative practices. It was simply a matter of funding.

Restorative practices is just one example of many programs that our students are denied because we have underfunded our schools for close to 20 years. Our class sizes are too large, we don’t have enough mental health supports for our students, and not enough of our students have access to preschool. Because we aren’t funding our public schools, our students, our families, and our educators are paying for it.

This is especially true for students of color. Minnesota has some of the worst educational outcomes for black and brown students in part because when we cut programs, the first and deepest cuts happen to schools that primarily serve students of color.

However, we have the money. Despite the scarcity in our schools, Minnesota is an incredibly rich state. We are just choosing to give the money to millionaires and corporations instead of investing it in our schools.

Tax breaks and loopholes give our corporate neighbors the ability to steal millions of dollars that should benefit our kids. Last year, US Bank – one of the co-chairs of the Super Bowl Host Committee – avoided paying about $10 million in Minnesota state income taxes. They also saved $350,000 in property taxes in Saint Paul on their operations center thanks to an agreement with the city. Ecolab – another Super Bowl Host Committee co-chair – holds $2.1 billion in profits in offshore tax havens.

If we are going to achieve educational equity in Saint Paul, our students and classrooms need big corporations like Ecolab and US Bank to step up and be better partners with schools and students.

However, out of the millions of dollars they stand to make from this event, they have only given $30,000 to Saint Paul Public Schools. This comes to less than $1 per student. It doesn’t even begin to make a dent in the needs of our kids.

SPFT is calling on these large companies that are investing millions into the Super Bowl, including US Bank and Ecolab, to support public education in the same way.

Only by investing in our public schools and our public school students can they begin to repair the harm they have done to our communities. It is time for our corporate neighbors to decide if our kids matter to them. 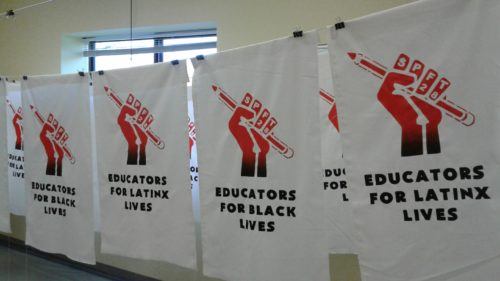 On April 30, Governor Tim Walz signed into law compensation for frontline, customer- and patient-facing workers who bore a significant…